Land Trusts and the Challenges Ahead

Editor’s Note:  The following post is adapted from remarks made by Wes Ward, Senior Advisor for The Trustees of Reservations and a consultant at Solid Ground, at the Sudbury Valley Trustees’ annual meeting in October 2014. While most relevant for our land trust and conservation clients, we hope all of our readers will appreciate Wes’ perspective on “big change” and the next 25 years of conservation work. 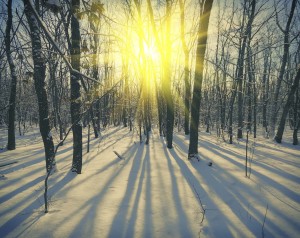 As I downshift from a long career primarily at one organization to life as a part-time conservation advisor, gardener, and grandfather, I have been thinking about the land trust movement, the challenges ahead, and the role of regional organizations like yours.

My thoughts are not radical, in the incorrect sense of wild and crazy, but they do go back to the roots of conservation as much as they attempt to predict the increasingly unpredictable future. Yogi Berra said, “The future ain’t what it used to be.” But if we are to believe the most recent forecasts for sea level rise and the extent of expected inundation in Boston, we know that Yogi’s quip is wrong when applied to the effects of climate change. The recent Boston University maps in the Globe showing the extent of predicted inundation from sea level rise could overlay almost precisely the maps of Paul Revere’s Boston – back to that small turkey head on a long, thin neck.

Before I get to my subject, a caveat:  just as there are several overlapping environmental movements, there are several parallel, overlapping, and intersecting land trust movements. For example, The Trustees of Reservations is as much a historic preservation organization as a traditional land trust. Some in our movement save international biodiversity; others create and manage community gardens in bustling urban neighborhoods. Many rely on conservation easements, while others see them as trouble and would rather embrace their properties as outright owners and stewards.

While we all share the same box of tools, our activities and priorities range widely. As a result, generalizations about land trusts are bound to be somewhat true and not so true.

With that understanding, I’d like to suggest a few rough ideas about the next 25 years of land trust work. The challenges we face are threats to our organizations only if we think narrowly and fail to perceive opportunity and adapt to change. Big change.

Whatever the challenges, organizations like yours will respond, adjust, adapt, and thrive. Why? You have the relatively high ground. What I mean is that you have a long history of working with your communities, adapting to an unstoppable flood of suburban development, and protecting an environmental infrastructure that is increasingly appreciated by the people you serve.

You have a vibrant future because you represent the very best in your communities, you educate through the day-to-day performance of your mission, and you have worked broadly to strengthen the Massachusetts and national conservation community. You also remember your roots (well, your origin) in the paddle-strokes of Henry David Thoreau, a true naturalist, who raised eyebrows wherever he went and left an ethic and a legacy for all of us.

One of your founders, George Lewis, said it well in his book, Fifty Years of Conservation:

The good news is that much of the countryside surrounding these handsome new SVT properties is already protected public space. As time goes by, one can anticipate a steady development of trails and other recreational uses, while at the same time realizing that workplaces are part of the landscape. As future users approach this island of green, they must pass through some of the most intensive commercial and industrial development in eastern Massachusetts and might conjecture, ‘This is how it ALL might have been.’

I am proud to have worked with you over the years. Here’s to your continued and growing success in the years of challenge and change ahead. Dori has been with Solid Ground since it began in 2008.  She wears many hats but the largest one is Business Manager. She diligently cares for the finances and keeping best practices throughout the company, as well as being the contract manager and following the proposals to signed contracts.

Dori thrives on the strong and close relationships at Solid Ground. She believes in showing her true self all along the way.

Family, fitness, and fun are her favorite pastimes.

Building a strong board is not a question of luck.

We know leaders need to understand their roles and responsibilities and have the authority to carry them out. They need options for involvement, structures that support them in their governing functions, and tools for effectiveness and accountability.

Building a strong board is not a question of luck. It is the result of an intentional focus on recruiting, orienting, training, evaluating, and recognizing board members. We bring tools and a thoughtful and practical approach to groups that see effective governing leaders as a precious resource, informed by our own experiences as board leaders.

You can find out more about which cookies we are using or switch them off in settings.

This website uses cookies so that we can provide you with the best user experience possible. Cookie information is stored in your browser and performs functions such as recognising you when you return to our website and helping our team to understand which sections of the website you find most interesting and useful.

Strictly Necessary Cookie should be enabled at all times so that we can save your preferences for cookie settings.

If you disable this cookie, we will not be able to save your preferences. This means that every time you visit this website you will need to enable or disable cookies again.